Find the best deals on 4,261 hotels in Batumi, Georgia

Find the perfect Batumi hotel for business or leisure

Things to do in Batumi

How much are hotels near Era Square?

If you’re planning on staying at any of momondo’s recommended hotels in the area of Batumi nearest to Era Square, you should expect to pay around 45€/night. This price fluctuates based on time of year. In general, a rate under 45€/night is a good deal for momondo users staying near Era Square. Hotels near Era Square are typically 48% more expensive than the average hotel in Batumi, which is 23€.

When to book a hotel in Batumi

How much does a hotel in Batumi cost per night?

View Deal
No. 2 most popular

Best prices found by momondo users in the past 24 hours.

Hostels and cheap hotels in Batumi

Get the best value hotel in Batumi

These hotels have the best prices for their ratings

How long do people stay in Batumi?

On average, people stay in Batumi for a total of 6 nights.

How much does a hotel cost in Batumi?

On average, rooms will be priced around 35€ per night when booking a hotel in Batumi; however the price you pay for your room will vary significantly depending on seasonality, location and facilities.

When is the best time to book a hotel in Batumi?

Batumi hotels are at their most economical to book in the month of January. The rates you are charged may be 38€% lower than in the high season, making it the best time to get a great deal.

Which day is cheapest to stay in Batumi?

Saturday is the cheapest day for hotel rooms in Batumi. Tuesday is the most expensive day.

Learn more about these user-preferred hotels in Batumi 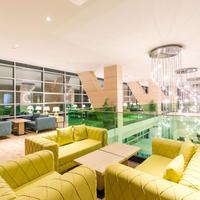 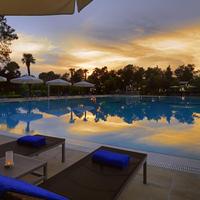 These popular cities are often explored by momondo users

HOTELS IN
Tbilisi
from
69€

Start planning your trip to Batumi

Experience Batumi from behind the wheel! Learn more about the best car hire deals

Not set on Batumi? Search the best deals on hotels in these destinations